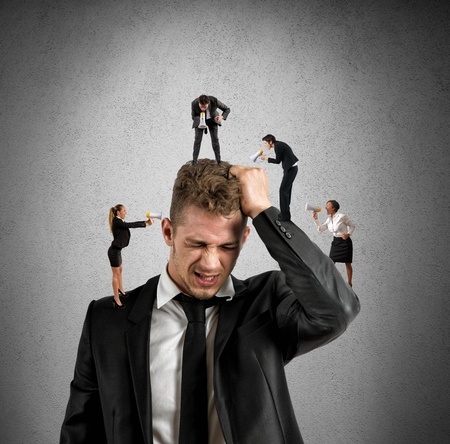 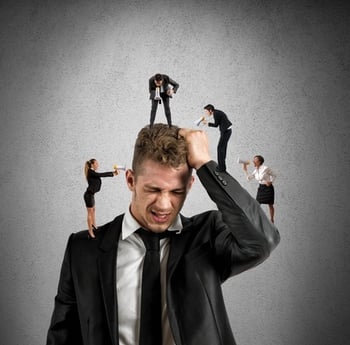 A few years after launching the Huffington Post, Arianna Huffington was so exhausted from running it that she literally collapsed.

“I hit my head on my desk, broke my cheek bone, got four stitches on my right eye,” she told Oprah Winfrey. “I was very lucky I didn’t lose my eye.”

Global surveys of people who work show that a large percentage of people have similar experiences, Alexandra Michel writes for the Observer of the Association for Psychological Science.

Burnout. It has been the subject of many recent intense studies in the United States. A recent Gallup survey shows 2.7 million German workers say they feel it. A poll of human resource managers in the United Kingdom resulted in a 30% response that burnout is widespread.

Experts note that burnout is not merely an emotional response to long weeks or challenging work. Science shows that it takes a significant physical toll that cascades into personal lives as well.

Researchers are now finding that burnout leaves a mark on not just the body but the brain: Chronic psychosocial stress not only impairs people’s personal and social functioning, it can overwhelm cognitive skills and the neuroendocrine system — eventually resulting in fundamental changes in the anatomy and function of the brain.

Burnout is now recognized as a legitimate medical disorder by much of mainstream medicine and has even been given its own ICD-10 code. Many of the symptoms overlap with those of depression: fatigue, loss of passion, cynicism, negativity.

Workers suffering from prolonged burnout report emotional exhaustion, negativity toward clients and patients, and lowered professional confidence, according to a study by Christina Maslach of University of California, Berkeley. “Burnout was asphyxiating people’s ambitions, idealism, and sense of worth,” according to the study.

Burnout emerges when demands overtake the ability to cope with the stress. Over time, jobs that require too much of employees will cultivate feelings of negativity and hopelessness as people struggle to meet impossible deadlines, deal with rudeness, or cope with emotionally draining situations.

Richard Gunderman, a physician and professor at Indiana University, described the incremental onset of burnout as “the accumulation of hundreds or thousands of tiny disappointments, each one hardly noticeable on its own.”

New research shows that workplace burnout can alter neural circuits, causing neurological dysfunction. The amygdala, a part of the brain that deals with fear and aggression, was shown to be enlarged in people who had reported continual burnout. Over time chemical changes in the body also occur which are linked to increased risk of coronary and circulatory difficulties.

There is encouraging research as well. Impairments in function were shown to be reversed over a very short time period once stressful situations were eliminated. After only four weeks, some studies showed brain patterns returning to normal.

To read more on this and see detailed additional references on the topic click here.