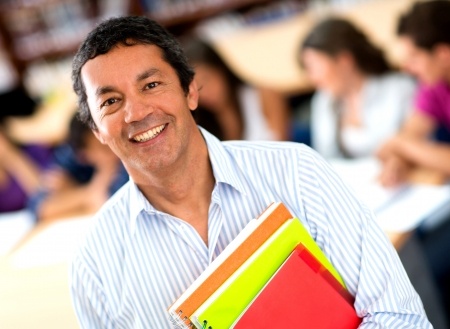 According to the U.S. Census Bureau, Latinos represented 17 percent of the nation's population in 2012. Although this statistic shows that Latinos represent the largest minority in the nation, it may seem relatively immaterial until further examination of the facts is included in the consideration.

If the United States is to achieve its goal of reclaiming — and maintaining — its status as the best-educated nation in the world, it will need to focus on increasing the educational attainment levels of Latinos.

A White House study issued in 2011 reported that roughly 50 percent of all Latino students completed high school on time. A mere 20 percent have earned a bachelor's degree — compared to 36 percent for all American adults — and just 4 percent hold an advanced degree. In terms of completion per 100 full-time equivalent students, Latinos measured 16 percent compared to 20 percent for Caucasian students.

In short, among all groups in the United States, Latinos have the lowest overall level of educational attainment.

The significance of the data cannot be ignored. The modern economy demands workers who are creative, skilled, and equipped with the necessary skills that employers need. The Center on Education and the Workforce at Georgetown University projects that at current rates, by 2020, the nation will face a shortage of 5 million workers possessing the required postsecondary credentials. It should also be noted that Latinos are seriously underrepresented in the fields of science, technology, engineering, and mathematics — the four STEM areas — which are fields in which the nation's employers are already struggling to find qualified candidates for open positions.

As the nation's fastest-growing segment of the population, Latinos can play a pivotal role in the success or failure of the United States achieving its educational goals. It is not that Latinos are not interested in education; 89 percent of the Latinos responding to a study conducted by the Pew Hispanic Center in 2009 agreed that postsecondary education was important for success in a career — and a successful life.

In a speech on education, President Obama remarked that other nations could "out-compete us tomorrow" because they are "out-educating us today." If America is to have complete economic recovery and become the educational powerhouse it once was, postsecondary attainment levels must increase dramatically — and this will require improving the attainment levels among the Latino population.