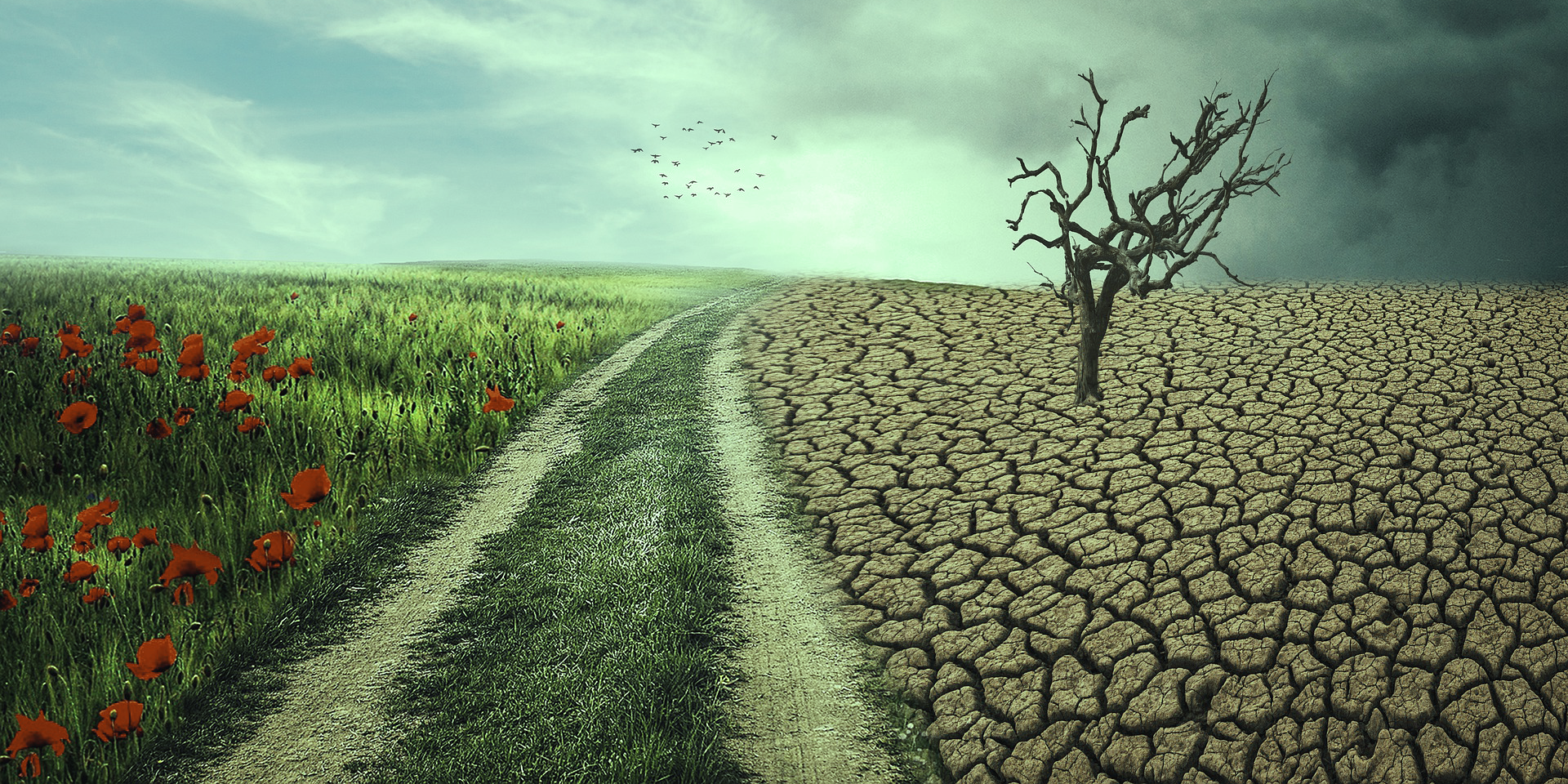 In 2013 I attended a symposium in Boston where Clayton Christensen made a presentation on disruptive theory and the future of higher education. At the same symposium Paul LeBlanc made a presentation on a new venture begun by Southern New Hampshire University called College for America offering a competency-based curriculum designed for working adults. I became an immediate fan of both and have followed them ever since. Today, as we face the worst health crisis in modern times, which has disrupted the world in general and higher education in particular, I can see how both men may play a large role in how higher education transitions in the aftermath of the coronavirus pandemic.

I was familiar with Dr. LeBlanc as he had chaired an accreditation team that reviewed a college on whose Board of Trustees I served. I was once again impressed by him as he took the time at the symposium to come over and say hello and tell me how much he enjoyed the campus visit and how impressed he was by the college.

Having read his book on disruption in higher education, I was excited to hear Dr. Christiansen. I was immediately impressed by his candor and openness. He began his presentation by apologizing for his presentation style, revealing that a stroke some years earlier had caused him to lose his ability to speak and that in the relearning process he would stare down at the floor to focus his thoughts.

He hooked me when providing an example of Peter Drucker’s idea that “The customer rarely buys what the company thinks it is selling him.” He told the story of a consulting project he completed for McDonald’s. The fast food giant asked him to tell them how they could increase sales and efficiencies at their drive-up windows in the morning rush hour. After a number of days observing traffic, he concluded that most of the sales volume was realized by working adults who were purchasing milkshakes. When they interviewed customers, they discovered that food items were too unwieldy and messy but that milkshakes fit conveniently in the car’s cup holder, were neat and easy to consume, and had a consistency that kept the customers’ appetites satisfied until lunchtime. Dr. Christensen’s advice to McDonald’s was to reposition the milkshake machines closer to the drive-up windows. I was able to share with Dr. Christensen that I would regularly attend a board meeting at a college in Connecticut. After the meeting, on my three-hour commute back to New Jersey, I would stop at a McDonald’s and pick up a milkshake for the drive home for the same exact reasons.

Dr. Christensen defined disruptive innovation as “a process by which a product or service relentlessly moves upmarket, eventually displacing established competitors.” According to the Christensen Institute disruption requires three elements:        1) Enabling Technology that makes a product more affordable and accessible to a broader population; 2) an Innovative Business Model that targets new consumers who previously did not buy your product or the least-profitable consumers, and 3) a Coherent Value Network in which all stakeholders are better off when the disruptive technology prospers.

In 2013 Dr. Christensen predicted that the bottom 25 percent of every college and university tier would disappear or merge within the next decade. He saw the business model of the traditional higher education institution as broken and unable to sustain itself in an era of increasing cost and competition. He viewed online learning as the disrupter to the traditional model of higher education. He believed that online learning would give birth to a new business model that would disrupt the traditional higher education business model. This gave birth to “Mega-Universities like Southern New Hampshire, Western Governors, Arizona State, Purdue and others that are reimagining parts or all their operations to reflect the new ‘Mega-University’ business model.” Companies like Microsoft and Google are trying to take advantage of this shift and become major players in this disruption by partnering with MIT and Berkley, respectively.

It is ironic that the COVID-19 pandemic has brought about a situation in which online learning has indeed disrupted the traditional onsite education model of all colleges and universities and threatens to be a dominant instructional model as institutions plan for their future. Also, because of the financial drain of the pandemic, many colleges and universities are uncertain about their ability to sustain their operations in the future. It is conceivable that many of these institutions will not survive.

This fall will be a challenge for most colleges and universities. McKinsey & Company estimated that twenty-five percent of colleges and universities returning to a controlled virus scenario will experience budget shortfalls of at least five percent. The Detroit Free Press reported that the University of Michigan was anticipating financial losses in the $400 million to $1 billion range. Clemson University anticipated a revenue reduction of over $7 million if football was canceled. In addition to lost sports revenue colleges and universities are anticipating budget shortfalls as a result of reduced state and/or local funding, lower tuition revenue due to reduced enrollments, shrinking endowments and new donations, and higher operating costs due to technology costs or post-pandemic social distancing and safety regulations. Many institutions are facing lawsuits from students demanding tuition and fee reimbursements for the shift from in-person to online classes. Colleges and universities are already working to alleviate anticipated budget shortfalls through faculty and staff layoffs and furloughs, hiring freezes, pay cuts, elimination and/or contraction of some academic and sports programs, and campus closures. It is also possible that we will see many college closures and or consolidation of institutions.

There is also some panic that students will not be returning to school this fall, choosing to enroll close to home, take a gap year, and/or working to save to be able to pay for school. Parents might have something to say about how their children will return to school. In a recent survey conducted by “The Chronicle of Higher Education,” fifty-seven percent of surveyed parents indicated that they would continue their child’s education at the same college or university if they offered online education only, seven percent said that they definitely would not return to the same college, and thirty-five percent said that they were unsure. A survey, conducted by the Art & Science Group, found that one in six high-school seniors who expected to attend a four-year college full-time before the pandemic now say they will choose a different path. In particular: 1) Three out of five students said they were concerned about their ability to attend their first-choice colleges. 2) A majority of the 17 percent of students who didn’t think they would enroll full time at a four-year college expected to take a gap year or enroll part time in a bachelor’s program. 3) About 32 percent of students said they were considering less-expensive institutions.

Colleges and universities are offering numerous incentives to lure students to their campuses in the fall. Southern New Hampshire University is offering a one-time Innovation Scholarship covering one-hundred percent of tuition for all incoming freshmen. Tuition will revert to $10,000 per year for subsequent years. The University of Nebraska will offer free tuition to students whose families are below the state’s median income level. Michigan State University will freeze tuition for the 2021-22 academic year.

Amidst all of the challenges for colleges and universities moving forward there are also opportunities. Unemployment in the United States is projected to be at twenty percent well into 2021. Many of the companies and industries in which these people were employed will not be returning, requiring massive retraining to move the economy toward full employment. Surviving and emerging industries will demand an immediate supply of trained workers. Current college students and graduating seniors may opt to seek employment rather than attend school until tuition fits their financial position. Affordable, flexible, timely retraining programs will be required to meet this need. Competency-based and online education may be the best alternatives to achieve this goal. The Department of Education has rolled out new distance learning rules providing more flexibility in testing competency-based or other innovative programming. Stress, strain and burnout among healthcare workers and first responders, not to mention future waves of the COVID-19 virus, may create a need for future workers in these vital fields. New programming areas in artificial intelligence, robotics, immunology, and epidemiology may arise to serve the emerging post-pandemic economy. Smart colleges and universities will be developing plans to attract and serve these emerging student needs.

Colleges and Universities are uncertain if, when and how they will reopen in the fall. Many are hoping to return to offering classes on campus with safety and social distancing precautions in place. Some are planning on offering online only courses in the fall with classes ending by Thanksgiving. Some are planning to offer online only classes for the entire school year. Some unfortunately will not be opening at all. Although all colleges and universities are being optimistic about the fall it will all depend on federal, state, and local restrictions and the path that COVID-19 follows going forward. No matter what happens in the fall, whether schools reopen or not and in what fashion, it will not be the status quo.

I recently read a quote from English philosopher Thomas Hobbes positing that “The best prophet is the best guesser.” Looking at the predictions and actions of both Drs. Christensen and LeBlanc one would have to admit that they were either great guessers or great prophets when they thought about the future of higher education. The rest of us would be wise to heed their words of wisdom and be willing to look at the nature of the changing world and its ability to disrupt and change how we design and deliver higher education to upcoming generations. Columbia University Professor Mark Lilla in a recent article in “The New York Times” wrote, “We live in a state of radical uncertainty. The first step is to accept it.” Wise words indeed!

Dr. John King is an independent strategic consultant based in Naples, Fla. His most recent assignments include Interim Provost at the College of Western Idaho, an accreditation study and application for Neumont University, developing a successful student retention and performance program for the Vatterott Group of Colleges, a faculty assessment project for American Career Colleges, and curriculum development for Blue Cliff Colleges. John serves as Chair of the Academic Advisory Board for SAE Institutes USA Group. He has also served on a Doctoral Committee for the University of Pennsylvania. Dr. King has also written and published numerous articles on higher education.