Spanning the Gap Between the Workforce and the Educational System 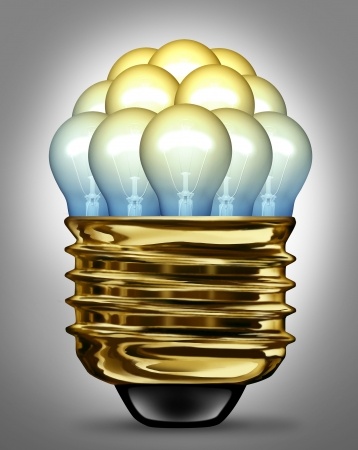 Information released by the U.S. Bureau of Labor Statistics in June revealed some puzzling data.

Although many factors contribute to the discrepancy, one critical issue cited by employers is their inability to find candidates with the right work-related skills. Many employers complain that the American Higher Education system is simply not producing graduates who are ready to enter the workforce.

Therein lies a problem. Current liberal education curricula focus on providing a well-rounded experience for students, and there is much to be said in favor of such an approach. However, with an increasing number of universities reducing the number of credits required for a bachelor's degree to 120 or so, there is little room for courses that are not relevant to the degree.

Most universities require at least 12 hours of courses chosen from the humanities, English, history, sociology, or art departments, and that number is significantly higher at some institutions.

This is not to imply that such courses need to be eliminated from the degree plan. However, an electrical engineering major might be better served by a course in critical thinking or teamwork than a course devoted to "Paradise Lost" or film noir. Courses that allow students to apply what they have learned in scenarios that emulate on-the-job situations might be beneficial, or perhaps the student would gain from a course that stresses practical applications for computer technology.

In short, colleges and universities should not abandon the courses that give joy and meaning to life, but they cannot focus so much on these courses that students do not graduate with marketable skills.

Unfortunately, many institutions still divide curricula into either liberal education or workforce education. This approach can lead to graduates who are "jacks of all trades but masters of none" or those who master a technical or career skill but lack context for its application. The need for degree plans that integrate the two approaches is vital — and the school's curriculum is one of the few areas in which educators can exercise significant control.

America's businesses already need to compete in a global economy. China, India, and other emerging nations continue to make an impact on the market. What is telling, however, is the emerging divide of education between these countries and the United States.

Almost half of the respondents considered the American education system to be "old-fashioned."

This is not good news for an educational system that already struggles to produce more college graduates and upskill the workforce. It is questionable whether the nation can meet the goal set by President Obama in 2009 to once more lead the world in the percent of citizens with a college degree by the end of this decade. Rising tuition costs, budget cuts at both the state and federal levels, and companies that are tightening their educational assistance programs are not helping institutions meet this challenge.

Perhaps, however, if more schools dedicate themselves to producing graduates who can "hit the ground running" while still appreciating the things that give joy to life, the American educational system can once more be the envy of other nations.