As an adult, there’s a pretty good chance that you’ve acquired a decent amount of your knowledge and skills from experiences that took place outside the classroom. Whether you learned about software programming from helping your mother access her music on her computer or you’re a pro in Microsoft Excel from your years of designing pivot tables, the way you gained your abilities is derived from your life experiences. Many colleges and universities will give you the opportunity to demonstrate your existing skills through different methods of examination known as prior learning assessment (PLA). For example, you may take a standardized test (e.g., the College-Level Examination Program [CLEP] exam) to demonstrate your mastery in a particular subject, such as history. Or, you may put together a portfolio showcasing your years of work experience as, say, a researcher, to demonstrate that you don’t need to take a college-level statistics course.

So, imagine going back to school and attempting to get PLA credit for knowledge you already have, only to be told, “Sorry, that experience doesn’t count.” That would seem quite unfair, right? Well, that’s what’s happening for some native and heritage speakers of non-English languages. 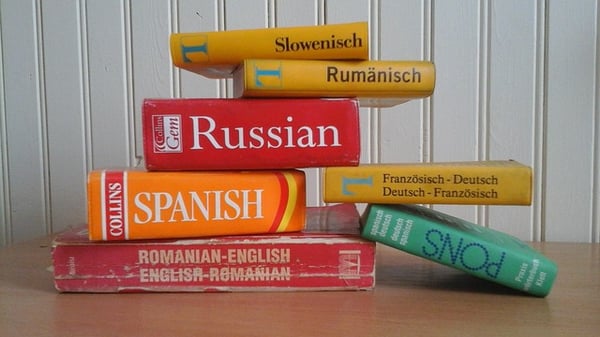 At some colleges and universities, native and heritage speakers of languages other than English are being told that they will not be allowed to earn foreign language PLA credit if they seek credit for their native or heritage language. Earning PLA credit for abilities acquired outside of the classroom benefits all students, regardless of how they gained that knowledge. Whether students grew up speaking a language other than English or learned it in the classroom as a non-native speaker, policies for PLA should be accessible to all students regardless of the specific life experiences through which they gained their skills.

If more institutions move down this route, it will mark a troubling shift—one that could have worrisome implications for other types of life experiences.

Unfortunately, there are some who agree with this policy. On chat boards for higher education groups, several current and former college students have strong feelings about this. There are two common arguments for a policy that limits native and heritage speakers of languages other than English from earning foreign language PLA credit for their native or heritage language.

Everyone who earns PLA credit has demonstrated that they have the knowledge and skills in a particular subject matter. That is, after all, the driving principle behind PLA: using your life experiences to get college credit for what you already know.

For example, after 15 years as a nurse’s assistant, Jane decides that she wants to go back to school to become a registered nurse. She shouldn’t be forced to take classes on medical hygiene, medical safety or certain other technical courses—she would have learned those skills through her many years as a nurse’s assistant. So, she would be allowed to waive those courses by earning PLA credit. Most people would not consider that an unfair advantage. Wouldn’t the same apply to people who grew up speaking a language other than English? Many people were raised hearing, speaking, reading and writing in their native language at home or in heritage language schools. They have already developed the skills usually taught in entry-level college foreign language courses. Ignoring those experiences would be disrespectful to those who speak additional languages. These students worked just as hard as native English speakers to acquire a new skill.

Additionally, colleges and universities should have other resources for non-native English-speaking students who may need additional help. The Center for Immigrant Education & Training at LaGuardia Community College in New York, for instance, offers comprehensive daily workshops and short-term classes for non-native English speakers as well. Aside from that, many institutions have placement tests to help guide their thinking as to whether a student needs additional training in English. Merely dismissing non-native English speakers as students who would have a hard time adjusting academically and culturally is insensitive and biased thinking.

Policies for earning and accepting PLA should be consistent for all students, and these policies shouldn’t be limited based on the types of life experiences that students bring to the table. Native and heritage speakers of non-English languages deserve the same opportunity as native English speakers to demonstrate their learning through all methods of PLA. Not only is this about fairness and equity, but this is also about showing students of all backgrounds that their diverse experiences are welcomed. When institutions limit the specific types of life experiences a student can cite for earning PLA, they run the risk of valuing one group of experiences over the others.

CAEL has been an advocate of PLA adoption and sound PLA policy since our founding in 1974.

Looking to Amplify Your Advocacy for PLA/CPL at Your Institution? Perhaps Findings on Younger Students Can Help Make a Broader Case for Recognizing Prior Learning