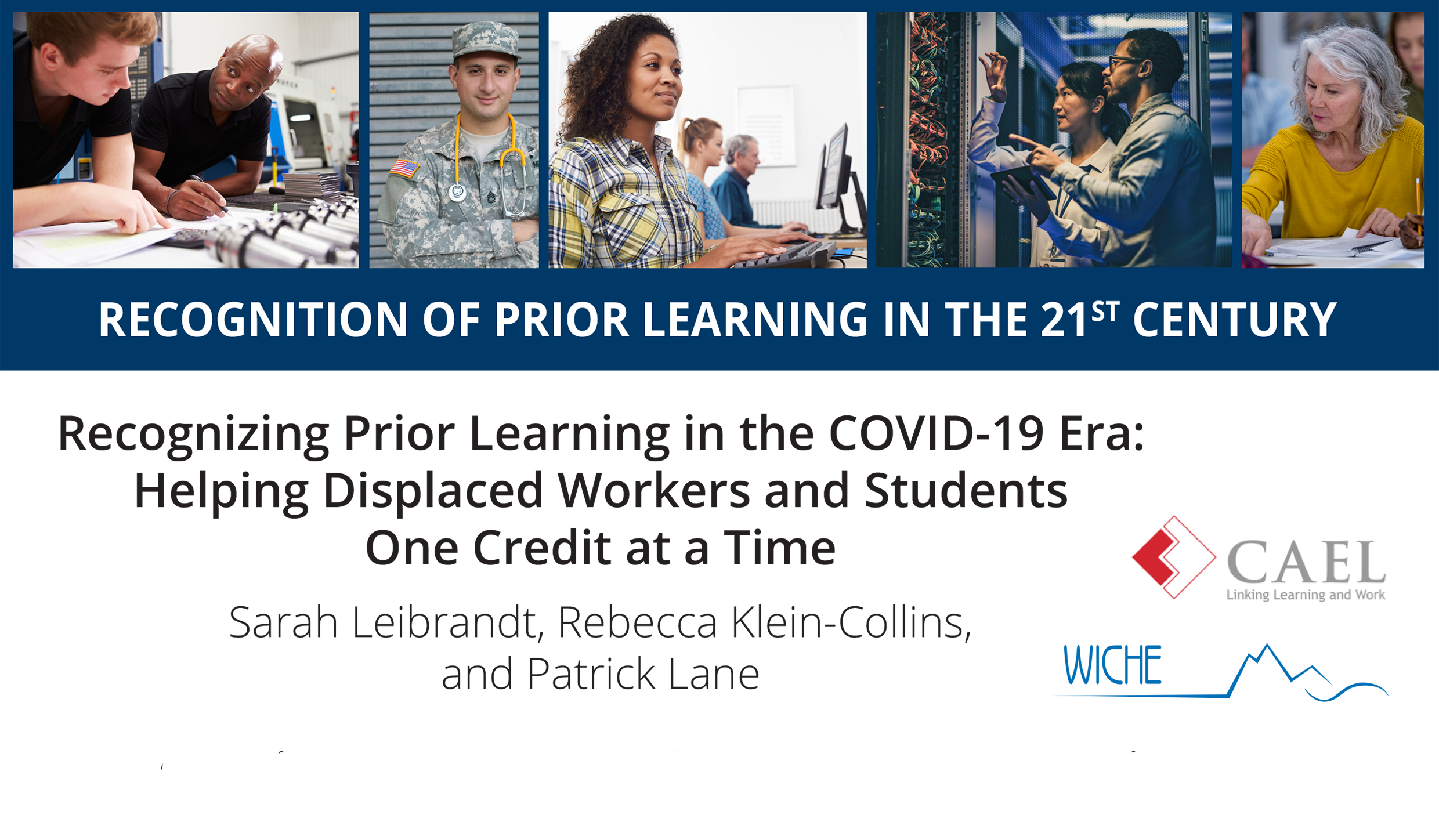 With an eye toward aiding the response of postsecondary policymakers and practitioners as they respond to the COVID-19 crisis, CAEL and the Western Interstate Commission for Higher Education have released a brief offering early insight into the results of a nearly completed, extensive evaluation of prior learning assessment (PLA).

Echoing earlier research showing that PLA supports both student and institutional success, the brief introduces findings and recommendations that are emerging from the review of student outcome data at 72 postsecondary institutions. The full report will be completed later this year with the publication of a comprehensive series of briefs and supporting materials.

Citing the displacement of tens of millions of workers and the role of upskilling and reskilling in the long recovery ahead, the brief underscores the link between equitable and effective PLA practices and economic mobility. It suggests that when learning outside of postsecondary institutions can be validated, access to valuable credentials can increase even as state postsecondary systems and workforce agencies are forced to do more with less.

For example, the report has found that PLA students have much higher completion rates. Over the seven-and-a-half-year study period, forty-nine percent of PLA students completed their degree or certificate vs. twenty-seven percent of non-PLA students. Even after controlling for other factors that influence completion, the report concludes that PLA increases the probability of completion by more than 17 percent. 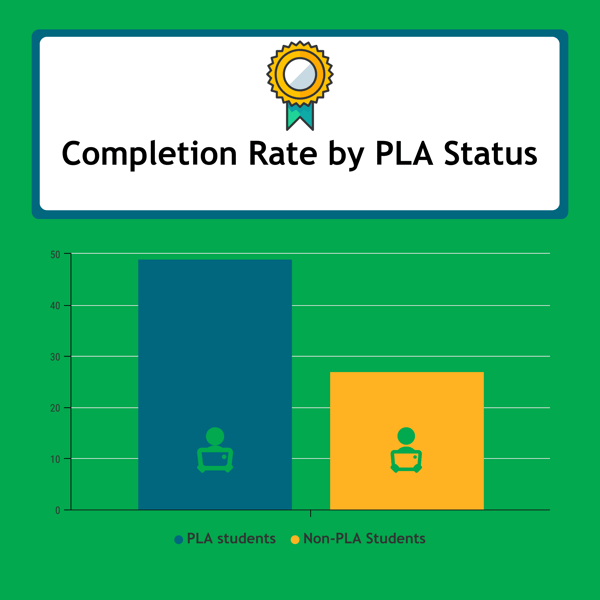 Despite the profound benefits of linking formal credentials with learning gained in day-to-day life outside of the classroom, the study finds that many institutions are missing opportunities to raise awareness of PLA. Only 36 percent of the surveyed institutions inform students about PLA at recruitment events. Thirty-nine percent mention PLA during enrollment. And PLA is mentioned during student advising at only 43 percent of the institutions.

This is likely to pose a disproportionate disadvantage to first-generation students and other underprivileged learners, the brief notes. Their support networks typically have less knowledge and experience regarding higher ed processes, making institutional communication critical.

The brief recommends that PLA options be positioned as prominent supporting features of degree programs and workforce training initiatives. To scale up PLA offerings more quickly amid the COVID-19 crisis, the brief encourages colleges, universities, and systems to explore strategic partnerships among peer institutions.

Citing growing concerns about financial barriers to postsecondary education, it also argues that PLA fees should be made eligible for Title IV financial aid. And, to further encourage the use of PLA and maximize its benefits, it urges greater coordination among postsecondary institutions, workforce development agencies, and policymakers at the state and federal level.

The complete brief is available at cael.org.