In September 2017, CAEL joined an initiative of the New River/Mount Rogers Workforce Development Board (NRMR WDB) to apply a U.S. Department of Labor grant toward improving credit for prior learning (CPL) practices with 9 of Virginia’s community colleges in the southwestern part of the commonwealth. This project included partnerships with not only those colleges directly, but also with the Virginia Community College System (VCCS).

The  NRMR WDB recognized CPL’s potential for advancing the grant’s mission to build a talent pipeline of skilled workers in support of regional growth in value-added industries. The grant-backed project, “Pathways to the American Dream,” (PAD) is funded by the U.S. Department of Labor. It prioritizes credential completion among un- and under-employed adults to enable career success in high-demand occupations.

Based on these three assessments, CAEL provided professional development for each institution. These activities empowered the institutions to develop and implement improvements to CPL and other adult learner-friendly practices over the following two years. In September of 2020, CAEL repeated the surveys to measure progress.

Contrasting these outcomes with the other 14 VCCS institutions, which were not a part of the PAD program, provides context. During the same period, CPL for adult learners increased .01 percent and declined 23 percent among military students. 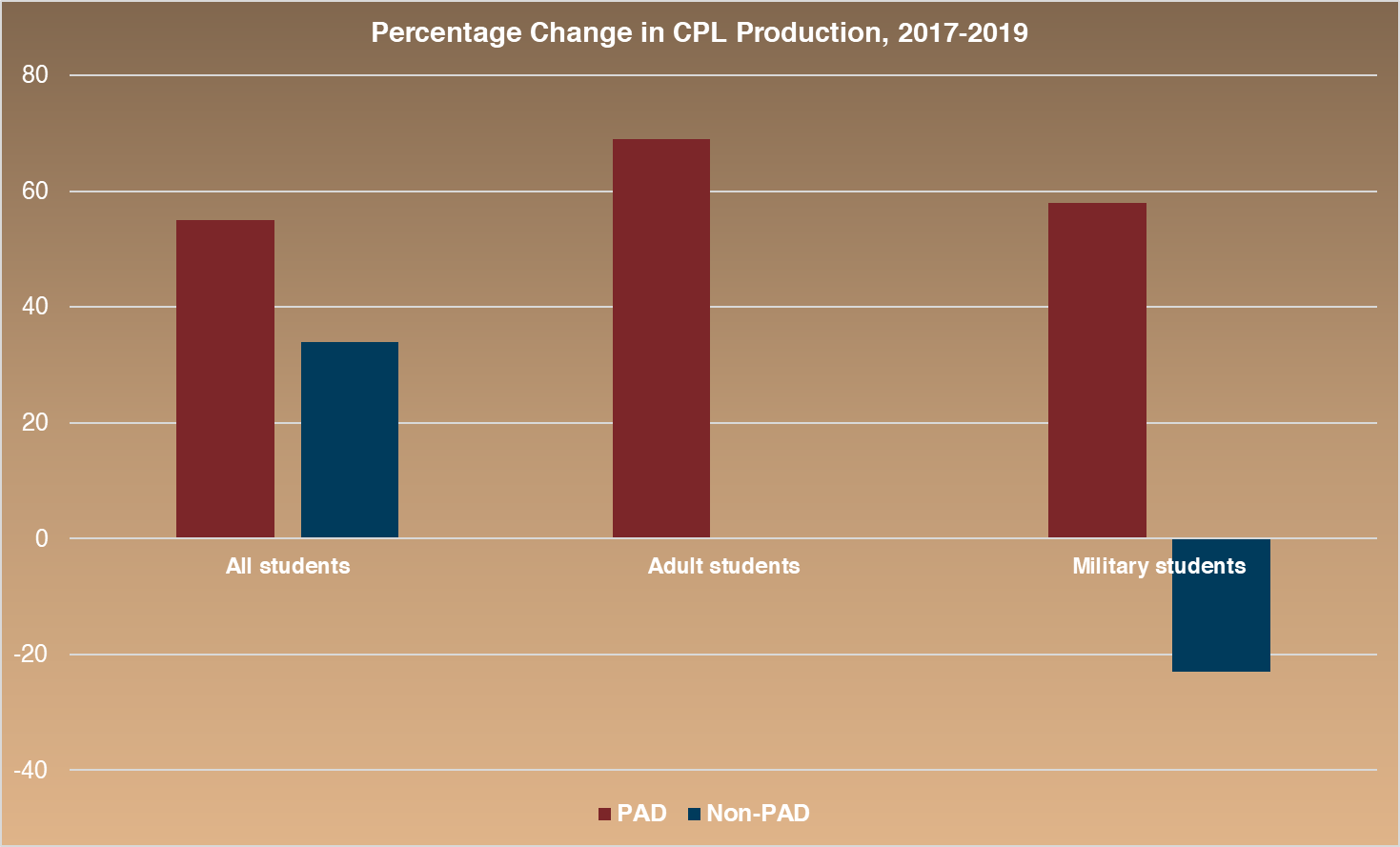 The increases in CPL production occurred against a backdrop of sharply reduced adult learner enrollment. From 2017-2019, PAD colleges saw an 11 percent reduction in adult learners, while non-PAD institutions saw a reduction of 13 percent. This may be evidence that the PAD institutions’ latest efforts to improve in CPL and other areas important for adult learning are already impacting persistence and enrollment.

It is certainly evidence that the PAD colleges successfully targeted the intended population of adult students. Although adult learner enrollment declines outpaced reductions in traditional students (11 percent vs. 7 percent), CPL growth was most robust among adult learners. 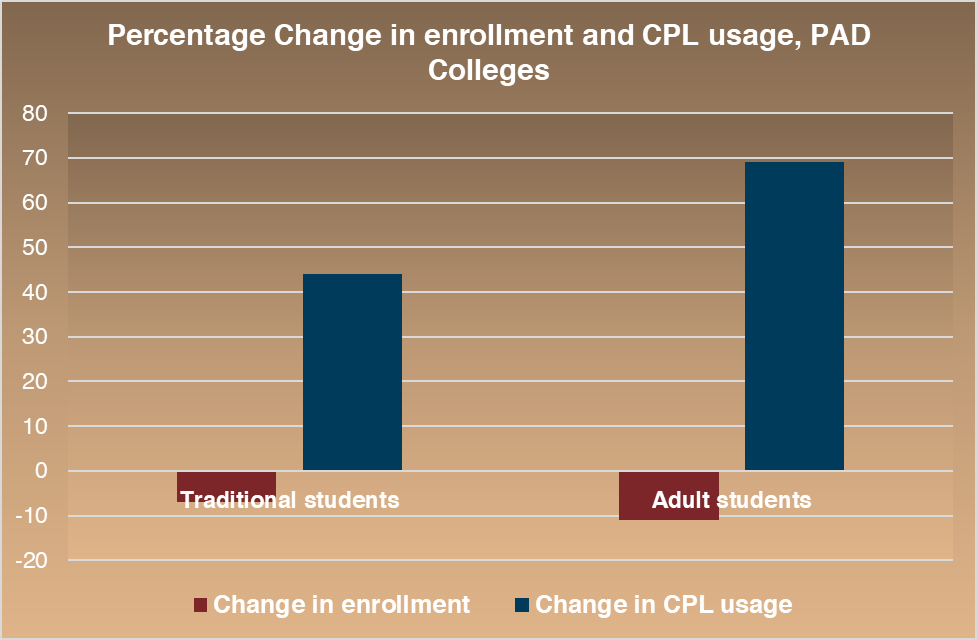 Several policy changes contributed to the substantial CPL increases. Most of the colleges reported that academic and admissions advisors had increased proactively communicating about CPL. They also increased CPL marketing through social media, printed collateral, and dedicated website pages. Diversity in CPL sources increased, with more colleges reviewing certifications, licenses, challenge exams, and military experience for potential credit. Other enhancements include increased training for faculty and staff, modifications to the amount of CPL allowed, and even wholesale redesigns of CPL policy.

Institutions also realized significant benefits by standardizing CPL transcription. Precise articulation of CPL across institutions simplifies the transcription process, allowing transfer advisors to quickly recognize how and for what subject matter a student earned CPL. This helps map CPL earned at one institution to equivalent courses at the transfer institution, lessening the demotivating risk of credit loss during transfer.

Finally, the PAD institutions studied the possibility of evaluating non-credit offerings for CPL to allow them to stack into for-credit programs. Non-credit offerings can be used to backfill course equivalencies and electives where college-level learning takes place. Local and regional employers may be interested in subsidizing some academic work to complete the associate degree and fill jobs requiring it. LIke all CPL, this will help accelerate degree completion, saving time and money and bolstering student satisfaction.

As is the case with any system, CPL perceptions and outcomes varied across the participating colleges. One constant was that those colleges that made CPL an institutional priority saw the greatest impact from the program. Realizing that CPL is an investment with an ROI that scales with your level of commitment, one college vice president shared that the process has converted him from a prior learning skeptic to a CPL “true believer.”